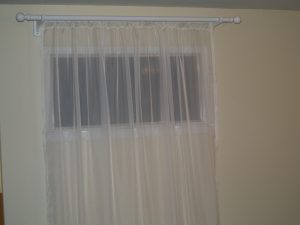 During this blog, I will demonstrate how to make a sheer curtain panel. 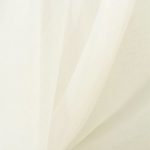 I decided I wanted to layer draperies in my bedroom so I started with this sheer voile which actually added a light airy feel.

First I took the measurement from the rod to the floor. The measurement ended up at 90″ in length which to this I added the fabric for the header and hem. 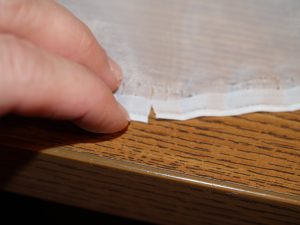 I have found the best way to cut sheer fabric is to first of all get a straight line. Start by cutting the selvage as in the photo and locate a thread. 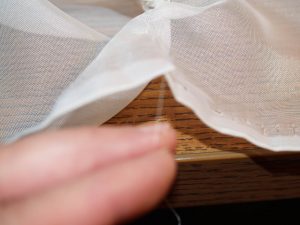 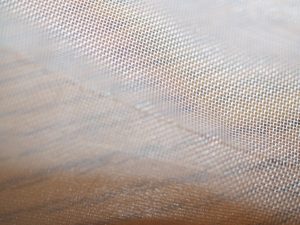 Next measure the length of fabric you need and repeat the steps above. 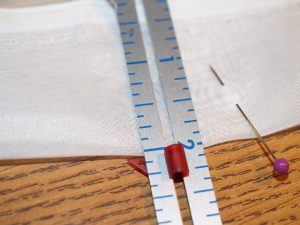 Now it is time to hem the sides of your panel. Measure two inches. 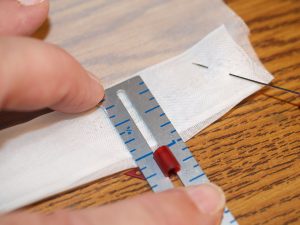 Next fold the two inches in half and create a one inch side seam. 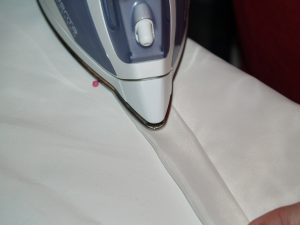 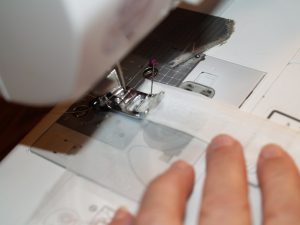 Then sew the seam down. Do this on both sides. 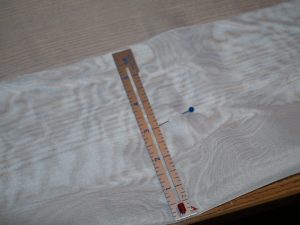 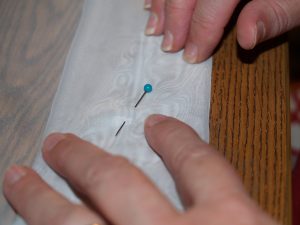 Take the six inch hem fold in half placing the raw edge inside the fold and pin in place. 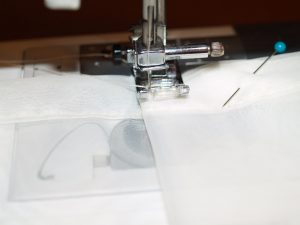 Take it to the sewing machine and stitch down. 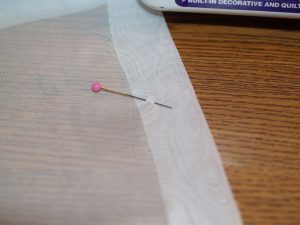 Now to start the final part of the sheer drapery, begin by measuring one inch. Pin in place as shown in the photo.

Press down the edge. 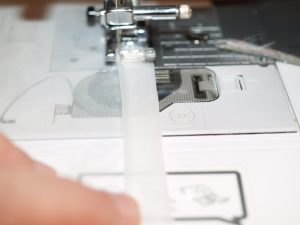 Fold the one inch seam in half, raw edge in fold, and stitch. 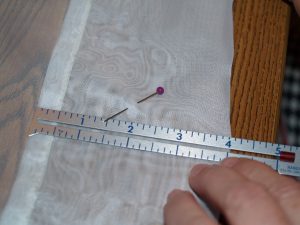 Since I do not want my header to stick up higher than my rod, I measured four inches, pinned in place, then pressed. 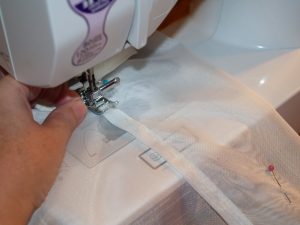 The final step is to sew along the edge.

Now you know how to create this sheer voile drapery panel!

Keep in mind this is only one panel width but the window will get another width before it is complete.

Next week we will be making the drapery to go with these sheer panels!

Happy sewing until next time!!

View all posts by Kathy